As part of our ongoing seminar series, the Centre of Excellence in Severe Asthma hosted Prof. Louise Donnelly, for a webinar on “Defective Innate Immunity in Airway Diseases” on 22 November, 2017.

Innate immune cells are a first line of defence against infection by viruses and bacteria. Innate immune cell numbers are increased in the airways of individuals with airway disease, including asthma and chronic obstructive pulmonary disease (COPD). In addition to increased cell numbers, innate cell function appears to be altered in chronic respiratory disease.

Bacterial colonisation of the lungs is increased in many patients with respiratory disease. Increased bacterial numbers are associated with increased exacerbation frequency and worse lung function. Altered innate immunity in airway diseases may help to explain the observed increase in bacteria numbers in patient populations.

Prof. Louise Donnelly provides an overview of changes in innate immunity in airway diseases, including effects on migration, cytokine production and ability to kill bacteria. Neutrophils and macrophages isolated from COPD patients have enhanced migration. Macrophages from COPD patients also produce high levels of inflammatory cytokines, which may increase lung inflammation. Macrophages isolated from patients with COPD or asthma have a reduced ability to kill bacteria, which may lead to increased bacterial infections. Differences in function are associated with altered cell signaling and differences in cell differentiation or polarisation.

Further studies are needed to understand what causes changes in innate immunity in airway diseases and whether restoring function would improve disease outcomes. 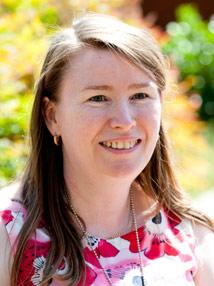 Professor Louise Donnelly is a Professor of Respiratory Cell Biology, in the Section of Airway Disease at the National Heart and Lung Institute, Imperial College London.

Her research interests are primarily focused on the cellular profile of inflammatory lung diseases including asthma and COPD. In particular, her work investigates how inflammatory cells are altered in the disease state and how these changes can be exploited in the development of novel therapeutic strategies. To this end, Professor Donnelly’s group have established a number of human primary cell systems to investigate mechanisms of aberrant inflammation.

To view other webinars on Severe Asthma please click here

CANCELLED: CRE Severe Asthma Webinar: "Exercise-induced Laryngeal Obstruction (EILO). What is it, who gets it, how you assess it, what you do about it?"