Macrolides in Asthma and COPD

Home Macrolides in Asthma and COPD

“Macrolides in Asthma and COPD” presented by Prof. Peter Gibson

Prof. Peter Gibson presented “Macrolides in Asthma and COPD” in May, 2018.

Prof. Gibson presents an overview of the effects of macrolide treatment, as an add-on therapy for asthma and COPD.

Macrolides (e.g. erythromycin and azithromycin) are antibiotic molecules, which also have anti-inflammatory effects. Macrolide treatment improves health outcomes in a range of obstructive airways diseases and is being assessed as a treatment option for asthma and COPD.

Prof. Gibson presents evidence that azithromycin treatment reduces exacerbations in adults with obstructive airways disease (asthma or COPD) with ongoing symptoms and exacerbations despite treatment with long-acting bronchodilators and inhaled corticosteroids (ICS), if indicated. Patients should be screened prior to treatment, to confirm no QTc prolongation, cardiac arrhythmia or hearing loss. Treatment dose is 500mg, 3 times per week (or 250mg daily) for up to 12 months. 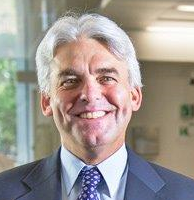 He has over 450 published articles and an extensive track record of research success and mentorship of clinical researchers. He is also the Past President of the Thoracic Society of Australia and New Zealand (2015-6).

To view other webinars on Severe Asthma please click here

CANCELLED: CRE Severe Asthma Webinar: "Exercise-induced Laryngeal Obstruction (EILO). What is it, who gets it, how you assess it, what you do about it?"